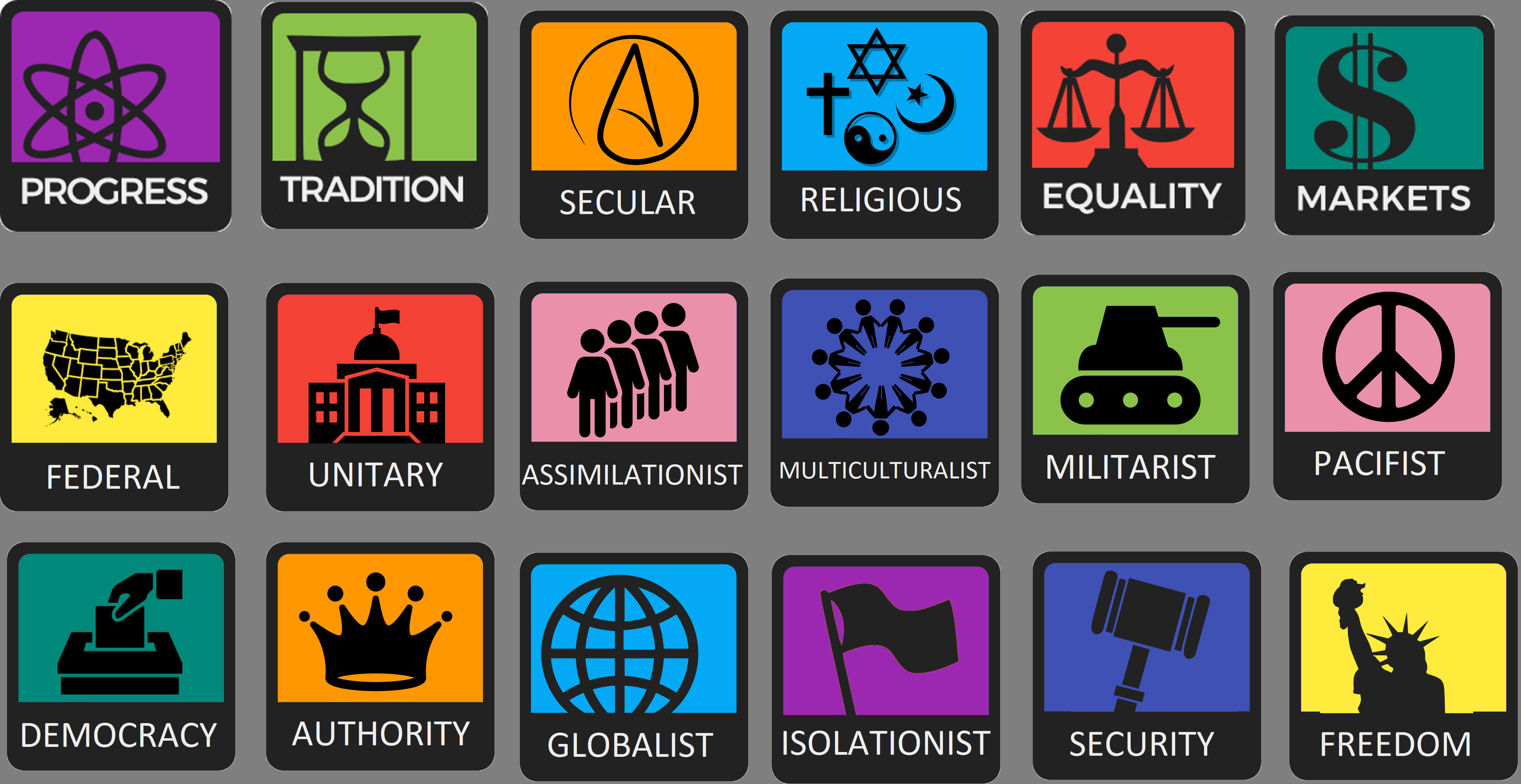 9Axes, based off of 8values is a political quiz that attempts to assign percentages on nine different political axes. You will be presented by a statement, and then you will answer with your opinion on the statement, from Strongly Agree to Strongly Disagree, with each answer slightly affecting your scores. At the end of the quiz, your answers will be compared to the maximum possible for each value, thus giving you a percentage. Answer honestly!

What are the nine axes values?

There are nine independent axes, where each has two opposing values assigned to them. They are:

Based on feedback on this quiz and another quiz I made, I've made a new, better(hopefully) quiz. it can be accessed at https://prismquiz.github.io/

Another quiz I've created based on feedback on this quiz, it can be accessed at https://sixtriangles.github.io/

Legal notice: The 8values project's license grants the rights to "modify, merge, publish, distribute" the software as long as "The above copyright notice and this permission notice shall be included in all copies or substantial portions of the Software." The included notice can be found here. This project is released under the same license.